Spark Inside has been awarded a commendation for our innovative systems coaching programme at HMP Belmarsh, in the 2018 Robin Corbett Awards for Prisoner Re-integration. The annual awards celebrate outstanding rehabilitative work in our prisons, recommended by prison staff, with a focus on work that motivates people in prison to take personal responsibility for themselves and others.

Our systems coaching programme brings together up to 60 prison staff and prisoners at a time in a facilitated group coaching process to enhance their relationships, improve empathy, and support sustained positive cultural change on prison wings. Our latest evaluation showed statistically significant improvements in pro-social relationships and empathy between prisoners and prison officers, with an 81% improvement in prisoners’ Incentives and Earned Privileges entries for positive behaviour.

On accepting the commendation, Baillie Aaron, Founder and CEO of Spark Inside, said:

“As a fairly new charity, it means a lot to receive this prestigious commendation recognising our impact. We wouldn’t be here today without our prison champions who go above and beyond to support our work. On behalf of our staff and trustees, I’d like to thank the judges for recognising the transformative power of coaching for those who live and work in prison.”

Supported by the Worshipful Company of Weavers and the Chrysalis Programme, the awards were presented to the winners by Lady Corbett at the House of Lords on Tuesday 6 March, followed by a key address from the Lord Chancellor and Secretary of State for Justice, Rt Hon David Gauke MP.

“In an exceptionally strong field, the judges were unanimous in their decision to award Khulisa the first prize for its outstanding work in behaviour change. Tempus Novo were worthy winners of the highly commended prize and we were delighted to award Spark Inside and Anawim well-deserved commendations. My husband Robin thought prison should be a chance to change the direction of a life. These charities are outstanding examples of what can be achieved by helping prisoners to help themselves.”

Our congratulations go to Khulisa for winning first-prize, Tempus Novo for their highly commended prize, and Anawim, who also received a commendation.

The Robin Corbett Awards were established by Lord Corbett’s family to establish a legacy for his exceptional work in penal reform, and is administered by the Prison Reform Trust. You can find out more about the awards on their website. 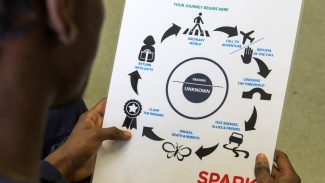 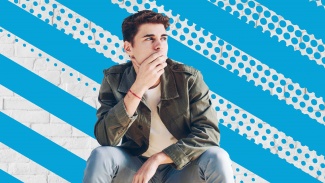 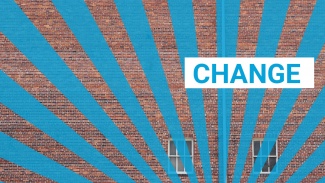