I got mixed up with the wrong crowd when I was in high school. I was absent a lot and ended up finishing school with no qualifications. So I started dealing drugs to make money. Two days before I turned 17 I was arrested and ended up spending 1.5 years in a young offender institution.

Just before I went to jail my partner had a son. When I got out of prison I wanted to make sure I provided for them. I​’d always wanted to work with kids so I had this grand plan of going to university when I got out of jail and getting a job in social work.

But when I was released, even though I had enrolled in university, I never went. I started selling drugs again instead and justified putting off going to uni because I needed financial gratification now.

Six years later I was arrested again and returned to prison in March 2014.

I​’ve got two years till I get out but I know things won​’t be the same next time.

Because now, thanks to Spark Inside, I know what I really want out of life. And I know that my old life selling drugs will never give me what I want.

Doing the Hero​’s Journey™ workshop helped me put my life in perspective and see exactly where I was at. It showed me that I kept falling back to what I knew rather than pushing through to what I really wanted. It also helped me see the blocks that were getting in the way.

And the one-to-one coaching helped me clarify what I wanted long-term — to help my family — and that doing that gave me a sense of self-worth. But trying to provide for them by selling drugs has only ended up hurting them, and me, because I​’m not there, and that​’s what they really want.

No punishment can stop you committing crime if you don​’t want to stop. You need an understanding of what you can gain from not doing it.

I know that selling drugs ultimately hurts my family and me — and that gives me the incentive to kick the habit.

Just as importantly, the one-to-one coaching gave me a chance to talk about where I wanted to go in life and how I am going to get there without resorting to crime.

Up on the walls of my cell I​’ve got tools and techniques I​’ve learnt through Spark Inside and they keep me focused on the future I really want. This time around I know I am ready. 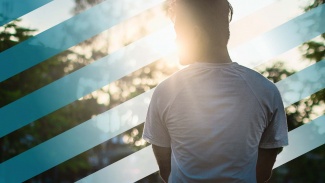 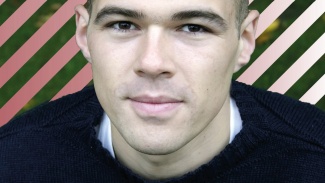 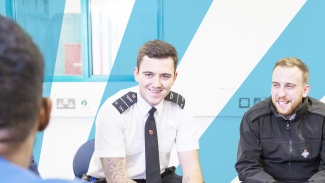