Spark Inside’s CEO Vicki Cardwell took part in a discussion imagining a world without prisons with Frances Crook, Chief Executive of the Howard League for Penal Reform, Somers Gerson, Head of Partnerships and Fundraising for The View Magazine, and Dave Taylor, Editor and Partner, Tortoise Media.

Vicki highlighted the challenges faced by young people in prison during COVID-19, including months of no face-to-face contact with visitors and almost no time outside of cells. She added that the current situation in prisons was completely unsustainable for young people, while recognising that things are starting to improve. She explained how life coaching respects that young people are experts in their own lives, enabling positive change and helping motivate them to discover their own solutions. Noting the dependence of successive governments in England and Wales on imprisonment, Vicki said:

“We’ve become as a country quite addicted to prison as the solution to crime… I would just say other countries have done things differently; Finland managed to reduce its prison population by 70%… what happened was that people on different sides of the political fence decided they want to work together.”

Frances Crook spoke about the important role of police, describing the work of the Howard League for Penal Reform and the sector more widely in reducing arrests of children; the number of arrests has been reduced by almost 75% over the last ten years.

Somers Gerson said that women, in particular, are poorly served by prisons and penal policy more widely. She noted that more than half of women in prison have mental health challenges, and 45% of women serving sentences committed their offence to support someone else’s drug habit.

Concluding the discussion, Chair Dave Taylor said that it was clear that short sentences are ​“quite disastrous for individuals… and for society” and that it was difficult to understand why so many people are currently incarcerated in England and Wales.

You can view the full discussion here.

Want to know more? Get in touch with… 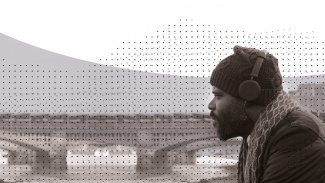 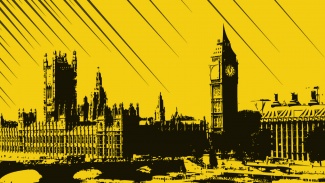 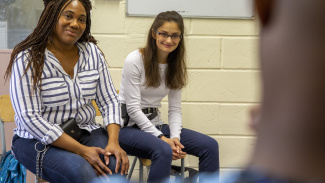