“I’ve always kind of been in trouble, like always. I was kicked out of school. I was a clever child, but it was one of those situations where you are smart and not stimulated enough and you just end up misbehaving, and nobody thinks ​‘let me work with this child, let me work out what’s behind all of that behaviour’. They don’t see that, they just see an angry black kid.

After I was kicked out of school, my mum kicked me out and I was living at a friends’. She was in care and would sneak me in at night. We didn’t have any money so we started stealing and I was caught. At the time, I was in college studying law and English so I hoped they would give me a chance, but I was convicted the day after my 18th birthday and sent to an adult prison for eight months and it led to a revolving door.”

We talked to Kiera, a young Black woman we met through our partnership with Leaders Unlocked, about her experience of coaching with Spark Inside.

This is Kiera’s story.

“I thought coaching was going to be like counselling, where they rehash your past – but no. It’s like ​‘okay, what do you want to do? What do you need to get there?’.

From the first meeting we did that — we set goals and my coach asked what I need to get there. Some people don´t know how get to where they need, they just need a push. That was exactly what I needed. As well as to be held accountable – I would say something, trying to feel sorry for myself, and my coach would flip it in a way that made sense. She was able to help me hold myself accountable for my life and where I’m going.

The best thing about coaching was being able to plan ahead and to see different perspectives, and to be able to figure it out yourself, but have that little nudge. Just to be able to speak to somebody outside of yourself because sometimes, if you’re looking too close at the picture, you can’t see everything around you.

It made me feel like I could do anything. My life coach taught me to just jump, do it. It might not be right the first time, just do it and see. A step somewhere is still a step.

My hopes now are just to carry on growing and carry on implementing the things that I learnt through life coaching in my life, so I can be the person I’m supposed to be and the person I want to be.

I just want to say to people who might have been to prison and who feel like they can’t be anything good because the system says they can´t or their record says they can’t, that you can, it is possible. You’re able and you’re capable.”

More about this topic… 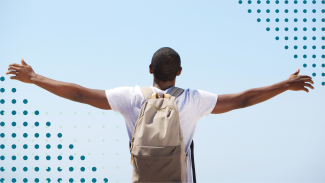 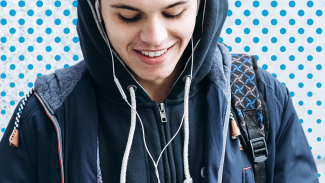 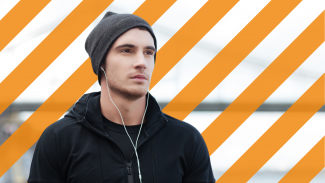